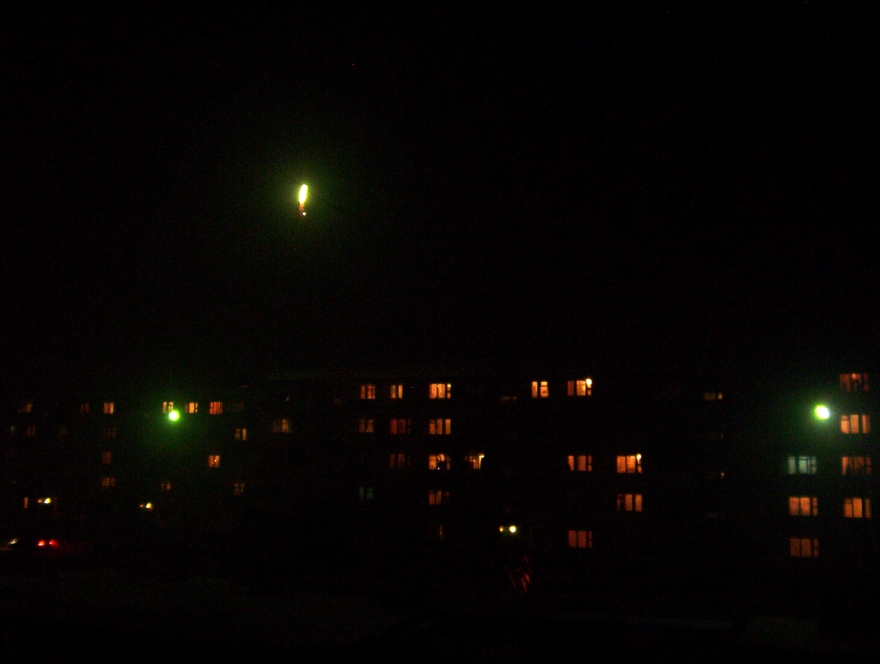 The week leading up to New Year’s turned Ulaanbaatar into a temporary war zone.

Staccato gunshots echoed around the apartment buildings as fuses were lit and cardboard tubes were aimed. Firecrackers burst like fireflies colliding with electric fry-pans, as they flickered in and out of existence with brilliant white flashes. Whole streetscapes were illuminated as pyrotechnics flared, raining cars with incandescent friendly fire.

But casualties were at a minimum, it wasn’t until New Year’s Eve that the big guns were brought out. There was stiff competition on the streets that night as people ignited the biggest and brightest crackers they could afford.

Supernovas exploded across the cosmos in scintillating displays of red and green, while comets blazed fiery trails of yellow and white across the night sky. ‘Blooming Thunders’ were deployed from rooftops setting off chain reactions as the geographically challenged ‘Bright Pegasus of Beifing’ and the confusingly titled ‘Hundred Changer of Stars’ were fired, in answer, from surrounding apartment buildings and street corners.

Stray dogs ran for cover, their tails between their legs as they tried to escape the shrill whistles and violent detonations that crackled through the air.

Budding war correspondents, Tiger and I boldly braved the streets.

We stuck to the shadows avoiding bullets and shrapnel as best we could. The smell of sulphur mixed with burnt matches and blown out candles had the feel of some warped kid’s birthday party.

Thunderous detonations and luminescent blasts all around reminded us that it wasn’t. We watched incredulously as three rockets were ignited and flung haphazardly out of a window. The flaring projectiles spiraled into the darkness disgorging fire and brimstone which showered down on us.

Too surprised to move I stood there with my mouth hanging open like a clown at the sideshow my head turning slowly as I waited for someone to stuff a ball in it. The white flicker of crackers near my feet woke me from my stupor, exploding less than a foot from where we stood. Tiger darted behind my legs. Residual flashes danced around in my eyelids. It was time to seek shelter.

The agitated sky continued to fulgurate as we made a hasty retreat. We sought refuge in the common areas between the apartment buildings only to find that huge scud missiles were being launched from there. They belched smoke and flames before they erupted into the sky penetrating the heavens.

Loud wails filled the air as tortured banshees burst from their cardboard confines in a cloud of sulphurous smoke, making my eyes water and my ears ring. Vicious tongues of green fire darted forty foot into the air, licking the nearby buildings and splashing the area with flickering light.

It was too dangerous. What would happen if one of the fireworks hit a car, a building or a person? Retreat was our only option. We made a dash for it as a ‘Hellfire’ pinwheel whirled and spun out of control nearby.

The following day we returned to survey the damage. Footpaths were strewn with discarded cartridges. Spent fireworks littered the streets like the shredded remnants of giant bonbons that had been ripped apart by ferocious dogs.

New Year’s Eve had certainly gone off with a bang! 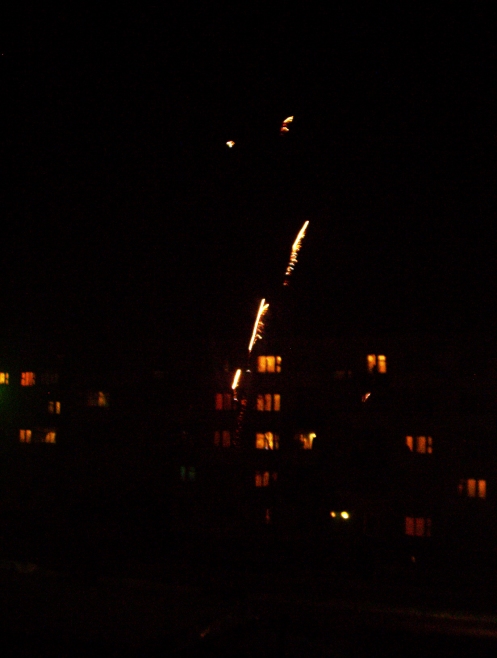